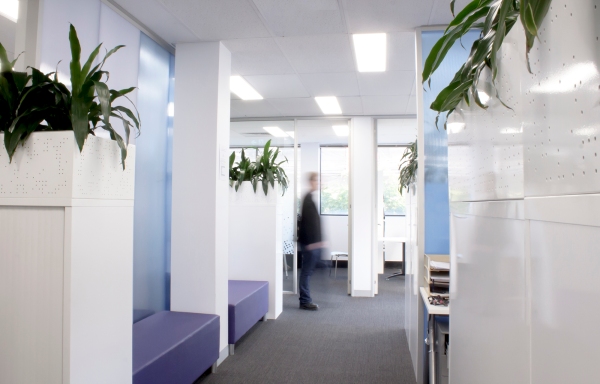 The project uses new circulation spines to create  a transition between different teams and create layers of privacy. 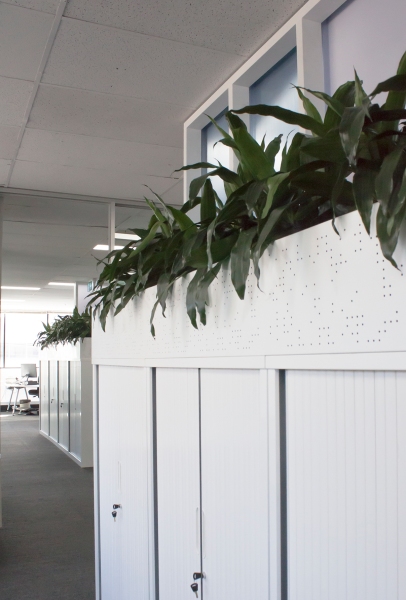 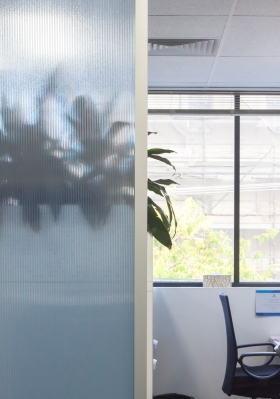 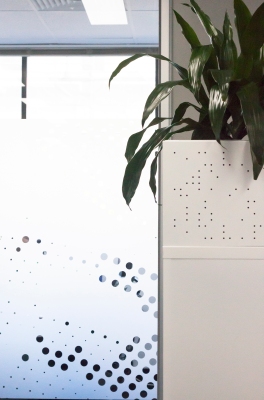 Extensive use of white allows light to bounce around the interior. Thought was also given to creating ‘membranes’ using polycarbonate and graphics to create visual interest and privacy. 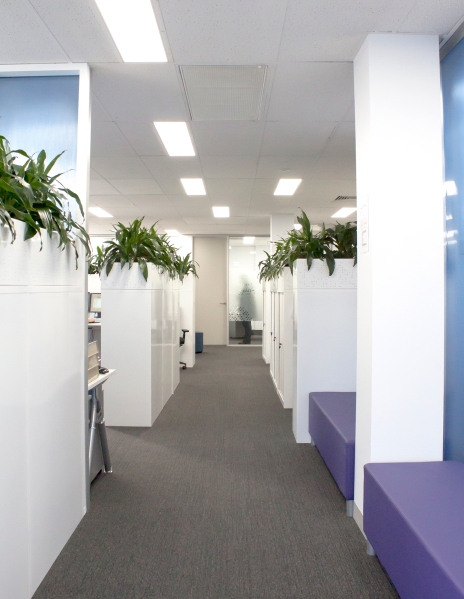 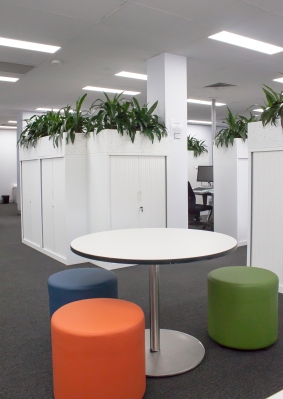 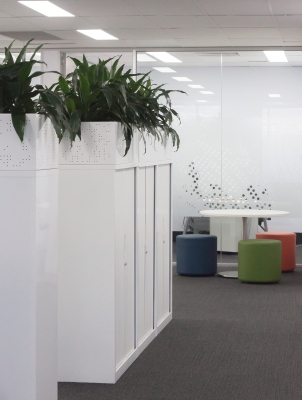 Little break-out spaces allow smaller project-based teams to meet informally, create visual relief and break up the orthogonal geometry of the space. Generously provisioned plants also have a softening effect that create visual flow from trees on the street. 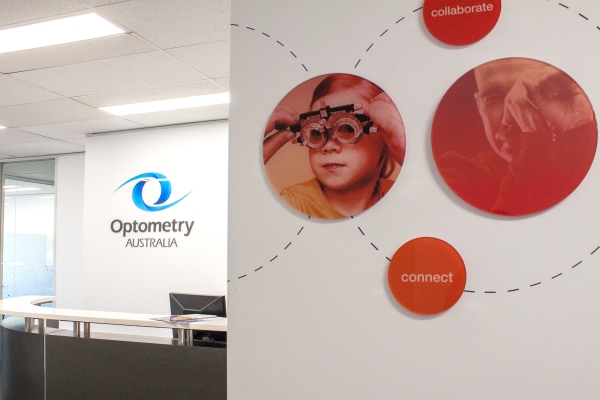 We were approached by Optometry Australia to assist with scouting a location for their national headquarters (HQ)  and to design it’s interior fit-out. Their brief was for a space where multiple teams could work alongside each other but also allow for some measure of acoustic & visual privacy. Our solution was to challenge the existing hegemony of fully open-plan arrangements. We proposed a series of  ‘permeable’ zones that allow light to pass through whilst adding a partial barrier to sound – using storage modules, plants and polycarbonate-clad partitions to create the zones. We were also careful to maintain an equitable sense of outlook and access to daylight for all members of their team. The result is a space with staggered view-lines and simple axes for circulation that allow for workstations that range from public to private, depending on the team member’s role. The exposed framing and translucency of the spatial dividers is a reminder that their intent is to acts a ‘membrane’ (not a wall) and encourages team members to be mindful of the wider office environment.